For more than 25 years, the California Farm Water Coalition has been working with our members to share information about farm water issues, and reminding Californians that "Food Grows Where Water Flows."

Be a part of the effort!

On the farm, every day is Earth Day

On the farm, every day is Earth Day

Every Californian knows that water policies should be balanced to help support fish populations and the environment, productive farmland, businesses, and people. That’s not happening because decade-old science is embedded in a top-down regulatory system that lacks the ability to incorporate new science as it becomes available. 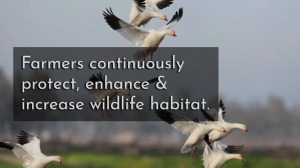 The good news is there is a clear path forward that will lead to a more secure water future for all Californians. Science has been telling us for some time that fish need more than water to survive – habitat improvements, predator control and food supply are also critically important.

And we have results to prove it works

Working together, farmers, urban water users and conservationists made improvements to 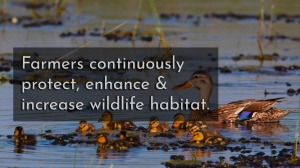 fish passage, fish food production and habitat for juvenile salmon as well as more water at the time fish needed it the most.  The result has been a dramatic increase in returning salmon from as low as 100 to an average of 10,000 annually. Birds and other species have also benefitted.

Dos Rios Ranch Ecosystem Restoration. Another example of a large-scale ecosystem restoration is happening across 2,100 acres where the San Joaquin and Tuolumne Rivers meet. Spearheaded by River Partners and joined by a large group of partners from government, agriculture and environmental groups, it seeks to create a “habitat preserve that goes far beyond single-species or single-suite focus.” Improvements include fish screens, re-establishing native vegetation and managing the floodplain to benefit fish. Salmon that are allowed to linger in managed fields, grow faster, stronger and more vigorous than those without respite from currents. 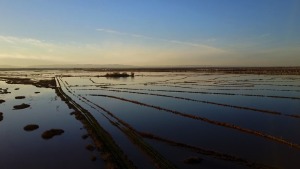 If salmon are malnourished, they’re not strong enough to reach the Pacific Ocean and populations decline. Partnering with scientists at UC Davis and CalTrout, farms have been flooding fields in the winter in order to grow bugs fish depend on for food and then re-connecting these floodplains to the river. Results from Operation FatFish have shown an increase in growth and health of salmon inside seasonally flooded rice fields. In addition, these managed wetlands support millions of waterfowl, shorebirds and other waterbirds along the Pacific Flyway.

River Garden Farms created 25 fish habitat shelters made of almond trunks and walnut tree root wads. These were bolted to 12,000-pound limestone boulders and dropped into the river. The roots and branches are designed to help juvenile winter-run chinook survive by serving as a shield against swift river flows and predators. A survey conducted by wildlife biologist Dave Vogel revealed a large school of juvenile salmon had taken to the tree roots. Salmon were finding refuge and populations improving.

Gravel Mining Reach Project. Another larger-scale riparian habitat restoration is in process on the Tuolumne River.

Because of its length, the project is being completed in phases. The first of four phases was finished in 2003. When complete, it will establish a lengthy river channel and riparian floodway that will provide safe habitat for fish.

Over time some traditional salmon spawning grounds have been filled in. One example is Painter’s Riffle, a side-channel on the Sacramento River that successfully produced fish nests resulting in up to 750,000 young salmon since the 1980’s. When a major storm filled in the channel, farms, water districts and government agencies partnered to open it again. Speaking of a similar project, the Market Street Habitat Project, U.S. Bureau of Reclamation Biologist John Hannon said, “These projects are an important part of helping our local fish populations weather the drought conditions and recover in the future.”

Obviously, fish need water, but what science has shown us is that water alone is not the answer. 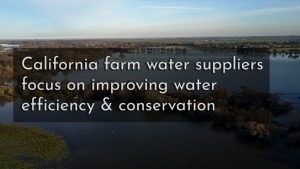 By following the path that science has laid out for us, we can improve the environment while increasing water availability and reliability for all California water users.